We interviewed Lara about her new book. Click here to listen now!

Each chapter of Work on Purpose asks key questions for career seekers; illustrates the impact of these questions in the lives of Echoing Green community members; and offers a place for notes at the end for you to jot reflections from your own life.

In this episode of the Idealist Careers Podcast, Idealist’s Amy Potthast chats with Lara Galinsky about the central message of Work on Purpose: finding work that uses your “Heart + Head = Hustle.”

p.s. In the podcast, Lara shares the stories of the five people who illustrate this message:

Click here to learn more about Work on Purpose.

Want to hear insight from the “founding mother of the modern service movement”? You’re in luck: our newest podcast is up now!

For National Volunteer Week, I interviewed Shirley Sagawa, author of The American Way to Change: How National Service and Volunteers and Transforming America. During the first Clinton administration, Shirley drafted the legislation that created AmeriCorps and the Corporation for National Service.

In his 1995 book, How a Bill Becomes a Law, Steve Waldman compared national service—full-time stipended volunteering like AmeriCorps and VISTA—to a Swiss Army Knife, “performing numerous useful functions in one affordable package.” In today’s show, Shirley revisits the Swiss Army Knife analogy with some timely new insights that she also shares in her book.

Click here to learn more and listen to the podcast. 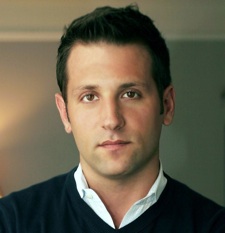 The New Service podcast show features a service program tackling the challenges of college completion for students from low income families. Blue Engine is now accepting applications for its 2010-11 corps.

In 2010, a new national service corps is getting off the ground. Blue Engine, based in New York City, aims to recruit a corps of about a dozen fellows for the 2010-2011 school year to facilitate daily, differentiated, small-group instruction for high school freshmen.

Our guest is Nick Ehrmann—Blue Engine’s engine and a Teach For America alum— who says that we know how to get high-needs kids into college, or getting them “college eligible” — nonprofits and schools have been targeting and tackling hurdles like high school completion, college admissions, and financial assistance.

But, while the high school drop-out problem is far from solved, groups are paying far less attention to college completion rates for high-needs kids, or “college readiness.”

Blue Engine aims to close the gap between college eligibility and college readiness.

After graduating from Northwestern University in 2000, Ehrmann began his career in education as a Teach for America corps member in Washington D.C. In 2002, he joined forces with local philanthropists to launch the nonprofit “I Have a Dream” Project 312, a youth development program for Nick’s fourth-grade students. In the fall of 2003, he began doctoral work in sociology at Princeton University as a William G. Bowen fellow.

Over the past three years, Nick spent months shadowing his former students in high school classrooms, living with their families, and conducting extensive interviews in the local community, where he has witnessed firsthand the negative effects of academic underperformance on the transition from high school to college. His dissertation—Yellow Brick Road—is scheduled for defense in the spring of 2010.

Idealist’s Amy Potthast talks with Nick about the Blue Engine fellowship, its application deadlines (March 10 and April 28, 2010); the gap between college eligibility and true college readiness; and why it’s crucial to expect more out of high schoolers in order to prepare them for high school and college success, and beyond.

Listen to the show here. 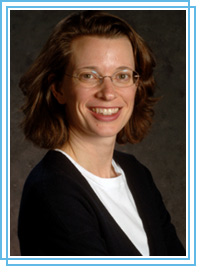 Today’s guest on The New Service podcast is Michelle Nunn, CEO of the Points of Light Institute and Co-Founder of the HandsOn Network.

Idealist’s Amy Potthast chats with Michelle Nunn the Friday before MLK Day about the first-ever national MLK Day Virtual Town Hall Meeting, how people throughout the United States can take action in their own communities through Hands On Action Centers, how people can respond to the Haiti earthquake of January 12th, and the upcoming National Conference on Volunteering and Service to take place in New York this summer.

Posted as part of Nonprofit Career Month, featuring the diversity of career opportunities in the nonprofit sector. Listen to more shows in this series.

Today’s guest is Heather Calverase, Executive Director of Teach For America’s Newark, New Jersey region where she is responsible for growing sustainable base of financial, community, and district awareness and support including cultivating and stewarding donations, building strong ties with local school districts, and recruiting corps members.

Prior to her position with Teach For America, Heather worked in the business sector, including nearly a decade with Kaplan, best known for its test preparation books and classes.

Amy Potthast chats with Heather about what is appealing about what Heather brings to the nonprofit sector from her business sector experience, as well as her background on educational issues.