A letter from Be The Change’s Alan Khazei in tribute to Senator Kennedy who passed away Tuesday. Sign the Condolence Book for the Kennedy family.

On behalf of ServiceNation, Be the Change and our extended community, I would like to express our profound sadness over the passing of Senator Edward M. Kennedy, as well as our deep appreciation for his life’s contribution and our most heartfelt sympathy to his extraordinary family.

Senator Kennedy is the true godfather of the service movement. Without his tireless commitment, this movement as it thrives today never would have come about. He indelibly changed the fabric of America by not just inspiring, but personally enabling millions of citizens to give their time and skills to improve their communities and country. Through his visionary and bipartisan leadership in authoring the National and Community Service Act of 1990, the legislation that created AmeriCorps in 1993, and most recently with his good friend Senator Orrin Hatch, the Edward M. Kennedy Serve America Act of 2009, he END_OF_DOCUMENT_TOKEN_TO_BE_REPLACED 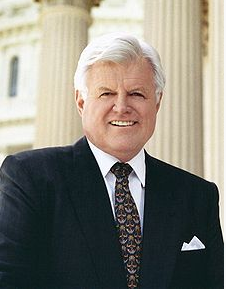 The senator from Massachusetts, who’s been suffering from a cancerous brain tumor, was recently awarded the Presidential Medal of Freedom, the highest civilian honor in the United States.

He fought hard for national service — most recently on the the Edward M. Kennedy Serve America Act which was signed into law in April and which had been spearheaded by himself and Sen. Orrin Hatch (R-UT). That Act represents the largest expansion of national service since the start of AmeriCorps in 1993.

Read the Change/Wire tribute to Senator Kennedy, and sign their Condolence Book.

According to CNN.com, the

“longtime Massachusetts senator was considered one of the most effective legislators of the past few decades. Kennedy, who became known as the ‘Lion of the Senate,’ played major roles in passage of the Civil Rights Act of 1964, the Voting Rights Act of 1965, the 1990 Americans with Disabilities Act and the 1993 Family and Medical Leave Act, END_OF_DOCUMENT_TOKEN_TO_BE_REPLACED

After the Town Hall, Chris Dodd was to speak: 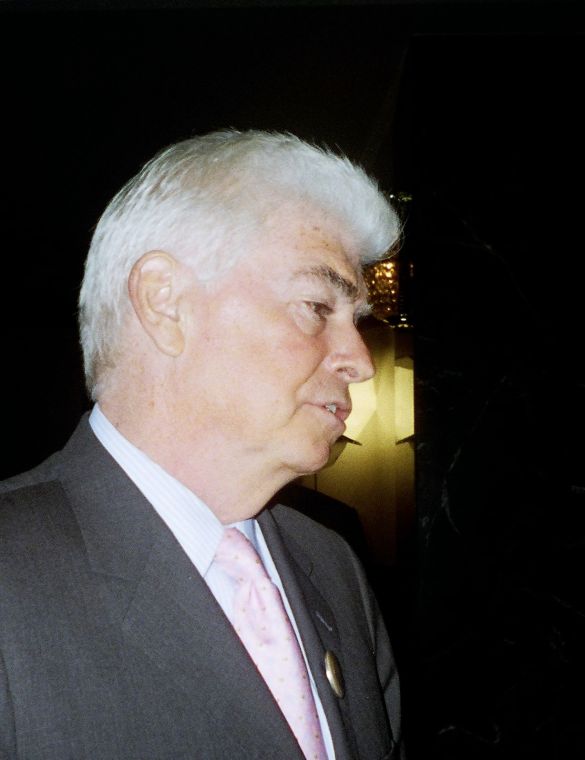 Chris Dodd, in his opening remarks, says that he has spoken with Ted Kennedy and that Kennedy apologizes for not being here. Dodd announces that he has signed on as a co-sponsor of the Servce America Act. Our candidates are stronger because they have served their country: McCain in the military, and Obama in his community. Their examples of service remind us that who or how or where you serve, but that you serve. Sited the value to his life and values of his own Peace Corps service. Founded the bipartisan National Service Congressional Caucus in the Senate and introduced the Summer of Service legislation. We can’t write a check at all of our problems, but we can invest more in service. We spend in Iraq on one day what we spend all year on AmeriCorps and Peace Corps. We must translate our ideas into action, and change our country. Talk about what we can and must do as a nation, and the role national service plays in helping us accomplish our goals.

In an interview after the speech, Dodd said that we aren’t emphasizing enough how well the investment national service programs leverages community volunteers and resources, and facilitates the growth of strong communities, that would be far more expensive without national service Corps members. When I asked him about the challenge of keeping the spotlight on national service, he said he was committed to doing his part in the Senate and pointed to his emphasis on the movement during his presidential campaign this year.

Moderated by David Gergen, Senior Political Analyst at CNN and advisor to Presidents Nixon, Ford, Reagan, and Clinton. In his opening remarks, Gergen says this is the most hopeful movement he’s seen since the civil rights movement.

Kirsch was part of the founding of Public Allies. Says Eli Segal would be proud of the bipartisan support of national service we have been witnessing during the Summit. Emphasis on public-private partnership. We can actually solve problems with the human capital invested through national service! Teach For America used to be a small idea, and now tens of thousands of top college graduates are applying. Need to scale up national service to meet the desire to serve.

Gergen: how do you mobilize this many people to sign up? (Kennedy and Hatch’s Serve America Act would authorize the funding of 250,000 national service slots.)

Usher: Youth have always been on the fore-front of change. Youth leaders need a sense of ownership. Incentives may include scholarships. (Soft spoken but then says he’s nervous! Audience cheers him on.) Youth are engaged by leaders who lead example. Not “this is what you should do” but “this is what we will do together.”

Mallory Josol: (She is so young, and so, so well-spoken!) It’s important to have leaders call on youth to serve, but it’s more important to live the example. Youth will answer the call to service if they know about the opportunities. Need is all over the country, youth are all over the country. Josol says she is from a zip code “of need.” You don’t have to be wealthy to serve.

Lt. Gen. Freakley: Programs, civilian or military, offer youth opportunities to serve and to realize their potential. Not organized on the internet! Have to get into social networking! Bring military retirees into the process: they can plan, they can execute, they can train!

Gergen: Where does government fit in?

Kirsch: Middle way. Not about big government or just the private sector. Government, philanthropists both partners. Citizens elevate programs, government invests. AmeriCorps is a network of organizations, succeeding with capital invested from the government. Not “big government.” Most organizations that receive AmeriCorps funding are otherwise private-sector funded for the most part.

Freakley: Move youth from entitlement to empowerment. We adults have given them a sense of entitlement. When they feel empowered, they will serve.

Participant: It’s a religious experience being here. Largest coalition of bipartisan support for service. Serve America Act is an appropriations bill. May compete with labor bill. Can we build an even broader coalition so that we don’t do harm but instead to good?

Participant: The U.S. Public Service Academy be successful? Will it compete with military service academies?

Freakley: Need Public Service Academy to train people to serve in public sector and alumni who can speak out for service.

Harris Wofford steps up to the microphone on the ballroom floor: The reason Kennedy and Shriver were confident that Peace Corps could grow to 100,000 is because the original CCC employed 500,000. AmeriCorps is primarily a nonprofit sector endeavor. Seed funding from government.

Friday, Sept. 12, Senators Ted Kennedy (D-MA) and Orrin Hatch (R-UT) introduced new legislation called the “Serve Amerca Act” to expand national and community service opportunities. After the bill was introduced in the Senate, it was referred to the Senate’s Health, Education, Labor and Pensions (HELP) Committee.

The legislation will seek to expand the number of national service participants to 250,000 (175,000 more than can be currently funded).

Themes include expanding opportunities for people to serve at every stage of life, and to use service to meet specific national challenges like natural disaster preparedness and response, high school drop out prevention, energy conservation and environmental stewardship, and health care and more jobs access for people with low-incomes. It includes the creation of a reserve corps of national service alumni who can be mobilized in the wake of a natural disaster.

The act seeks specific opportunities to serve for students, working adults, retirees, and “Americans of all ages.” A new benefit for older participants would be an education award transferable to grandchildren. Currently AmeriCorps members must use their Eli Segal Education Award on their own tuition or student loans.

The bill, if passed, would support social entrepreneurship through establishing a commission to look at cross-sector solutions to social problems, and to apply effective business practices in the nonprofit sector by establishing venture capital funds to increase its talent pool and efficacy.

(The information here is a summary of a press release from Senator Kennedy‘s and Senator Hatch‘s offices.)

Orrin Hatch officially announced the new Serve America Act bill this morning at the Service Nation Summit and spoke touchingly of his work with Ted Kennedy “across the aisle.” The senators have worked together for a long time and Hatch’s affection for his friend was obvious and endearing. (Senator Kennedy was convalescing at home.)

In a statement that drew enthusiastic applause, Hatch announced that both Senators McCain and Obama have signed on to co-sponsor the legislation! Other co-sponsors include Senator Hillary Clinton (D-NY), RPCV Senator Chris Dodd (D-CT), Senator Thad Cochran (R-MS), and Senator Gordon Smith (R-OR). To the bi-partisan crowd gathered for the Summit, all supporters of national service, the support of both Presidential candidates means a lot. Hopes are high for national service and the next administration.

In an interview with Hatch after his speech, he addressed a question about the cost to government of national service. The bill, he said, “should please those who are concerned about cost.” He cited the relatively low cost of supporting trained volunteers compared to the cost of allowing high schoolers to drop out, and ignoring young people who have lost their role models to prison and worse fates. Further, according to Hatch, elevating these youth, educating them, and connecting them with job skills will serve the economy well, as will the creation of jobs, including in the energy industry.

Read the executive summary of S.3487, The Serve America Act.

Read the opinion piece by Senators Kennedy and Hatch in TIME Magazine.