The Conference will be organized in partnership with the Bibliotheca Alexandrina, the John D. Gerhart Center for Philanthropy & Civic Engagement at the American University in Cairo (AUC) and Innovations in Civic Participation (ICP), the IANYS Secretariat.

This global event is designed for organizations and individuals interested in creating high-quality youth service programs, advocating for government support in this endeavor, and/or undertaking evaluations and research of END_OF_DOCUMENT_TOKEN_TO_BE_REPLACED 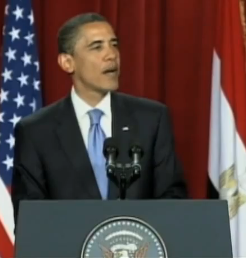 In June 2009, President Obama gave a speech in Cairo emphasizing the potential of young people to effect change in the Middle East and North Africa (MENA) region, and shining a light on increased youth engagement interest there.

In this speech he discussed the positive impact of interfaith service, his commitment to establishing a Business Volunteer Corps in the region and his goal of expanding partnerships and exchanges between the US and the Middle East:

“And I want to particularly say this to young people of every faith, in every country — you, more than anyone, have the ability to re-imagine the world, to remake this world.”

Queen Rania of Jordan has also been discussing the role of young people in communities during many speeches over the past years. In March 2008, she spoke to the graduating class at the University of Jordan indicating her and King Abdullah’s belief in the impact of young people. END_OF_DOCUMENT_TOKEN_TO_BE_REPLACED